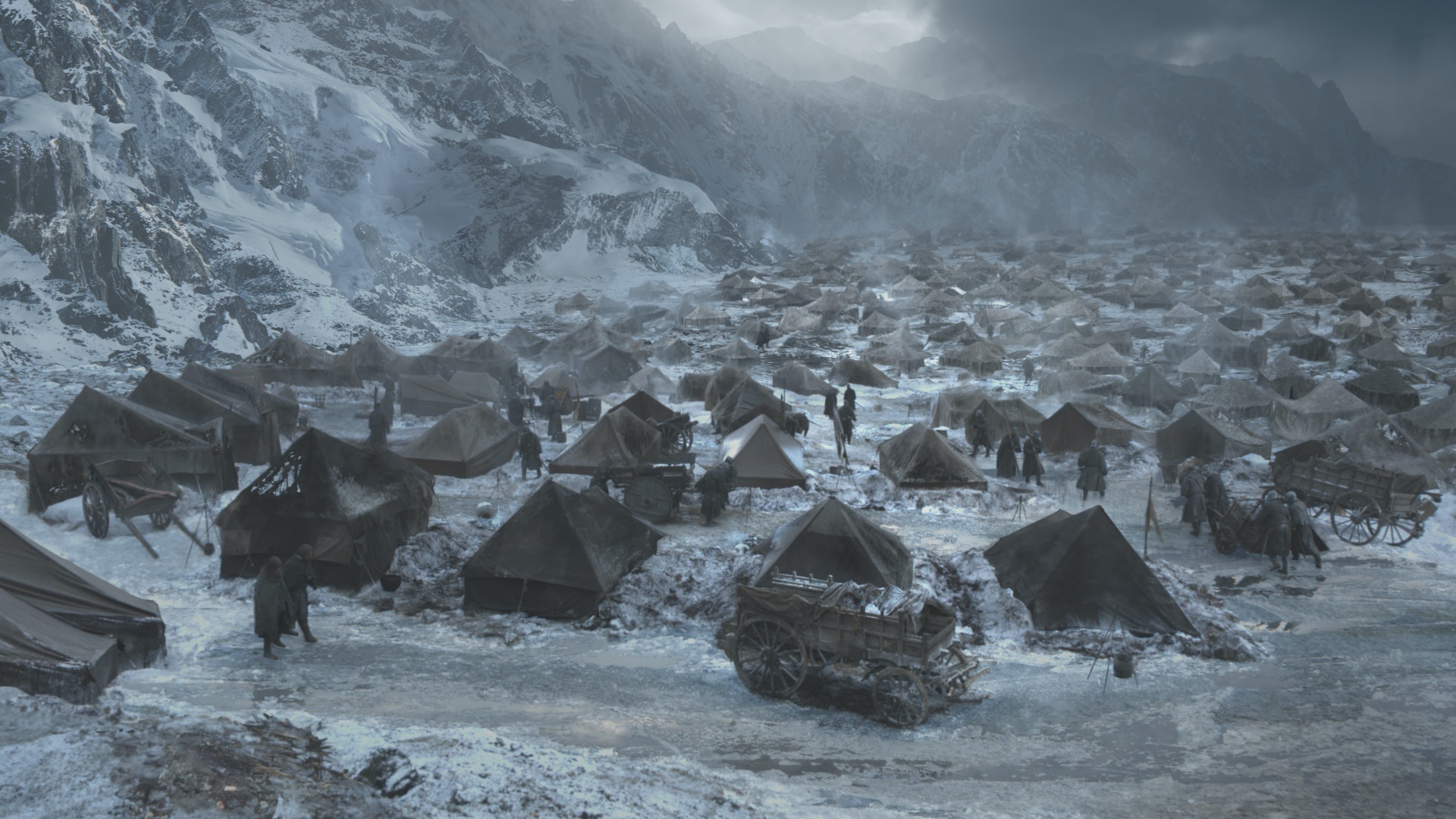 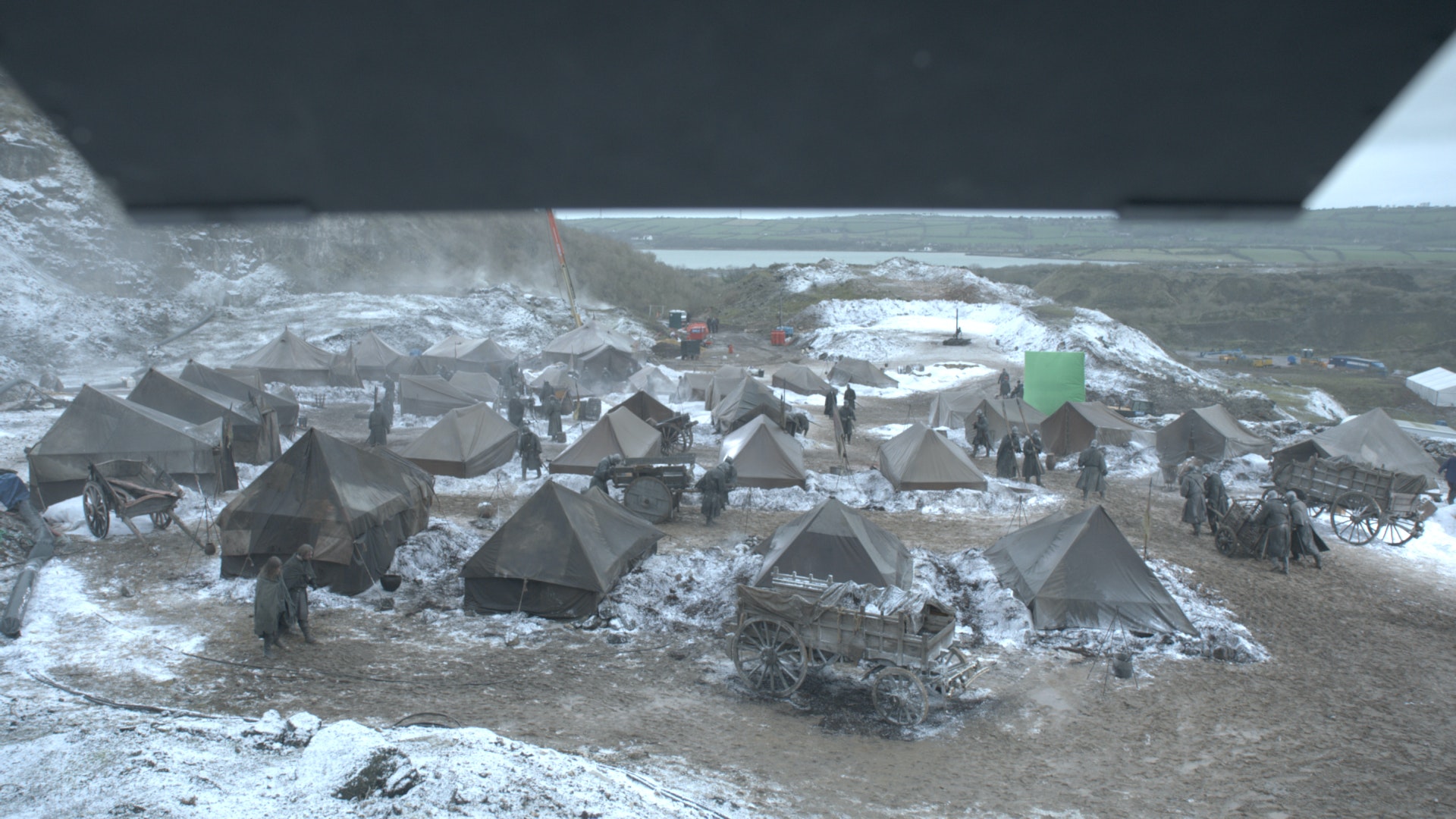 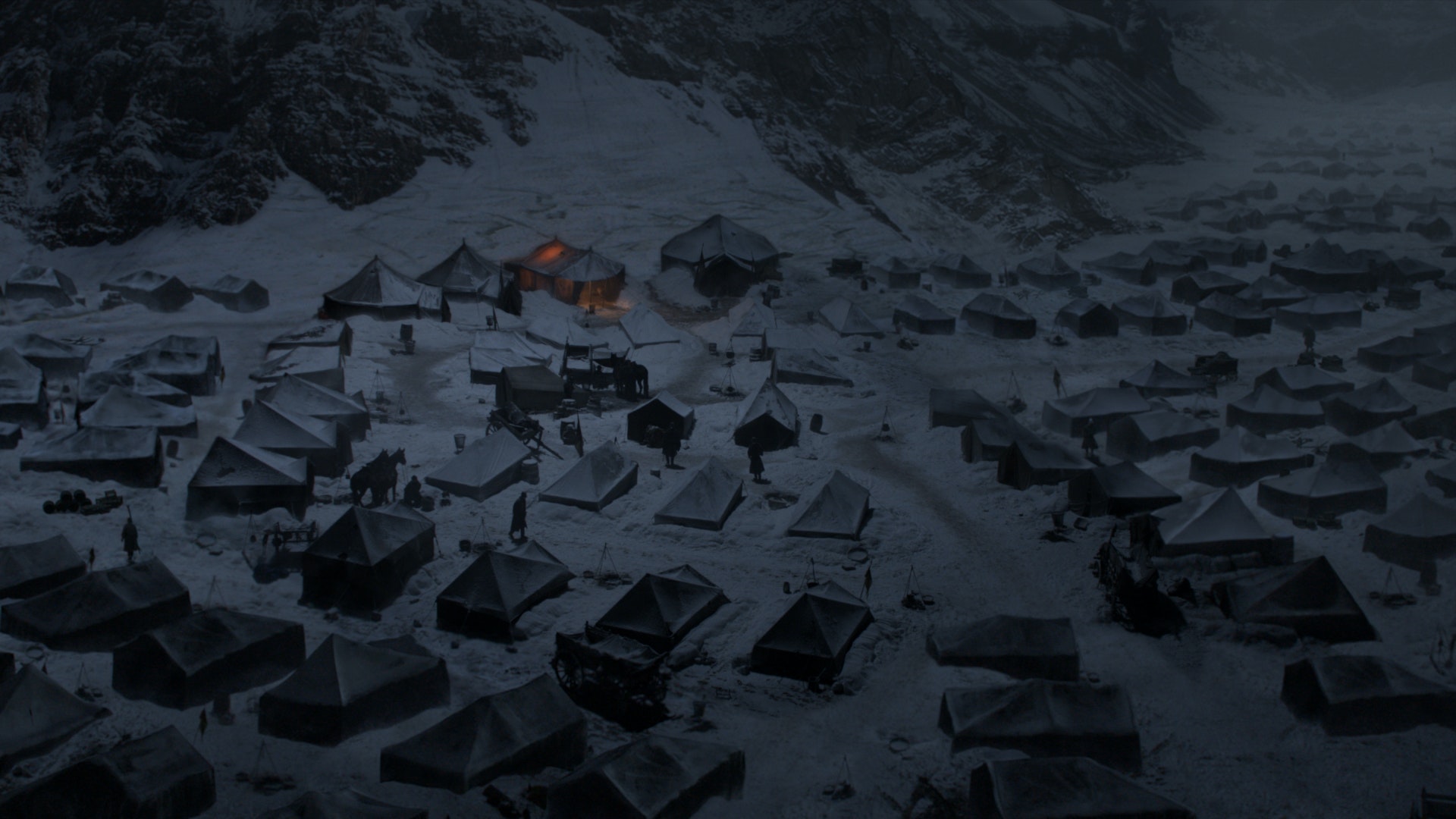 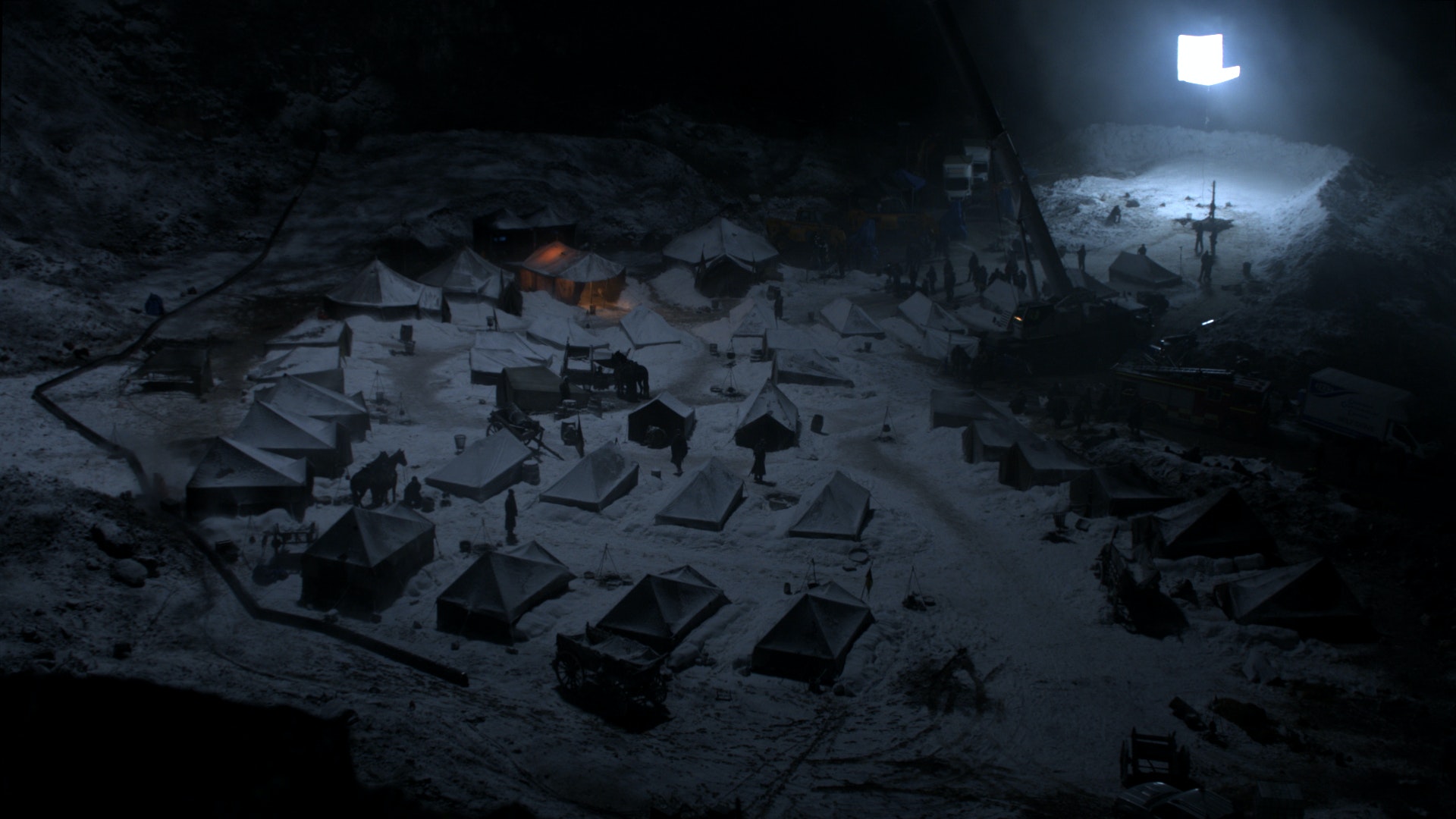 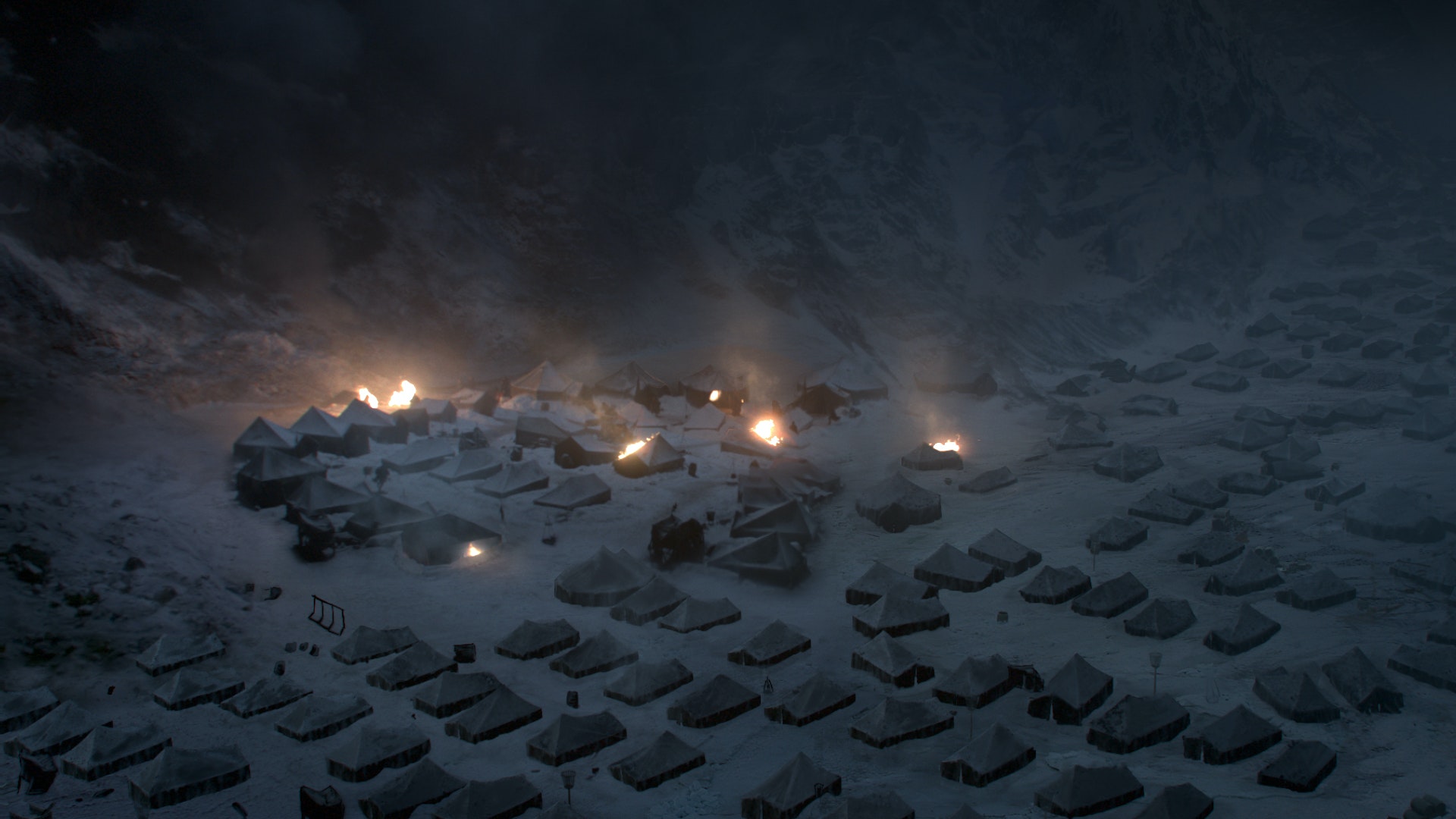 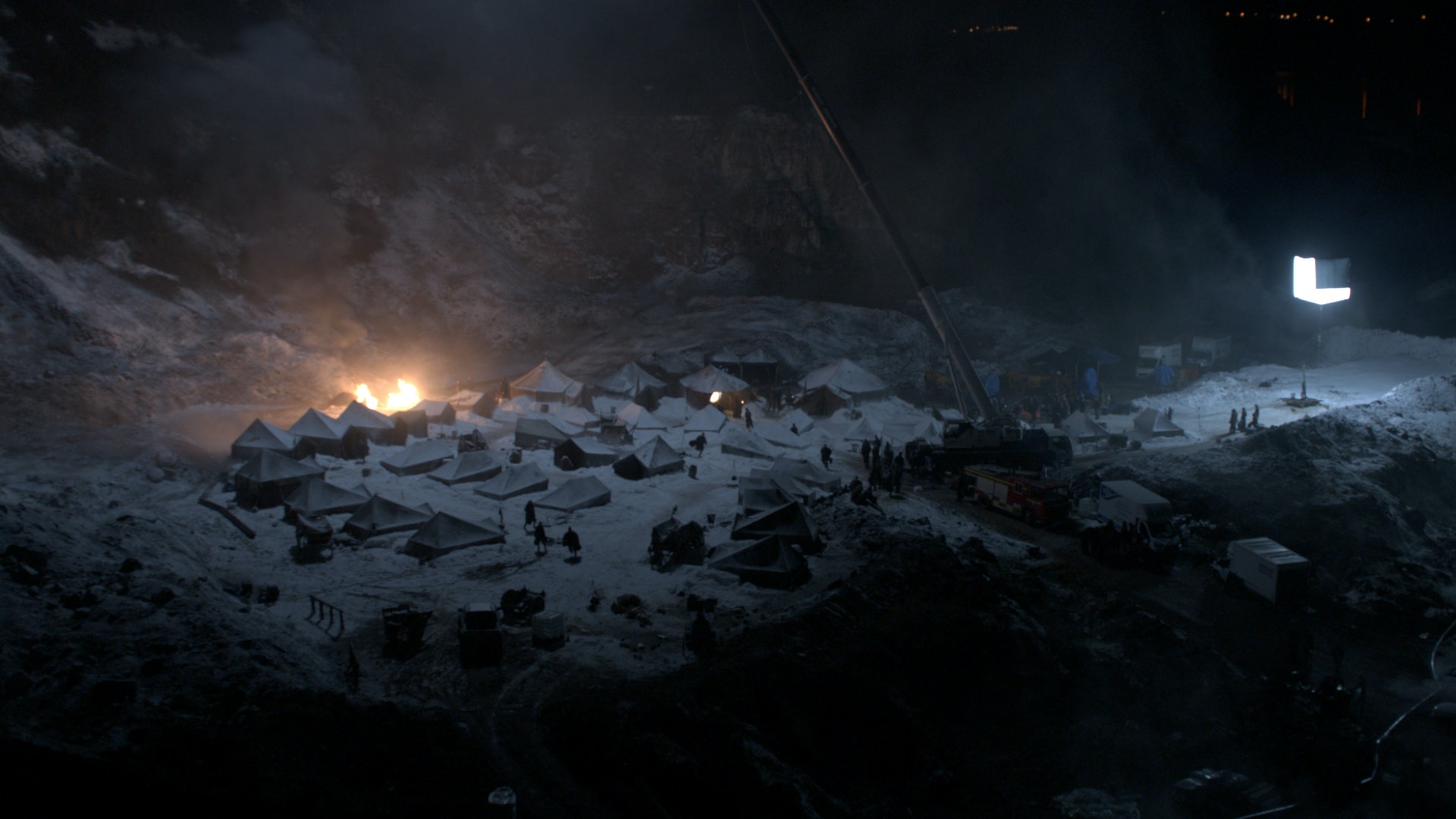 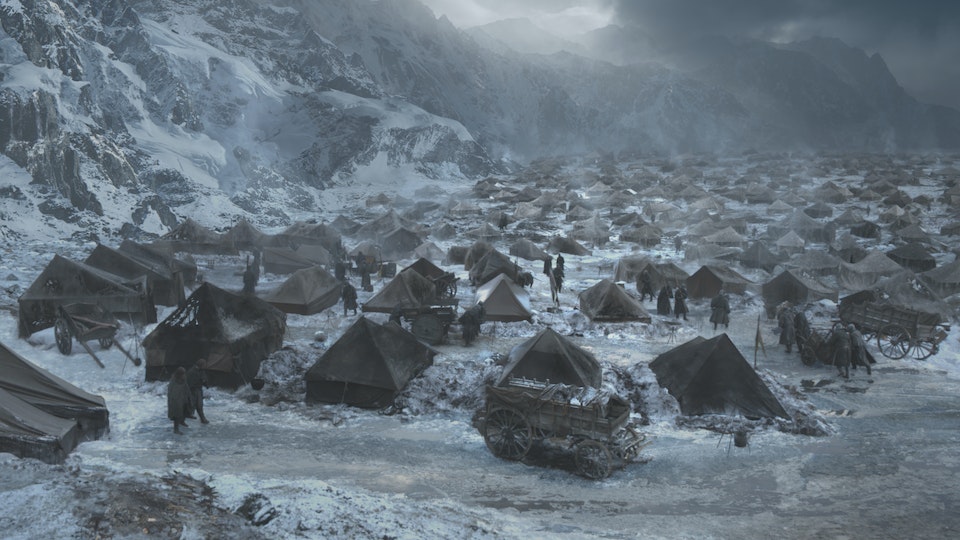 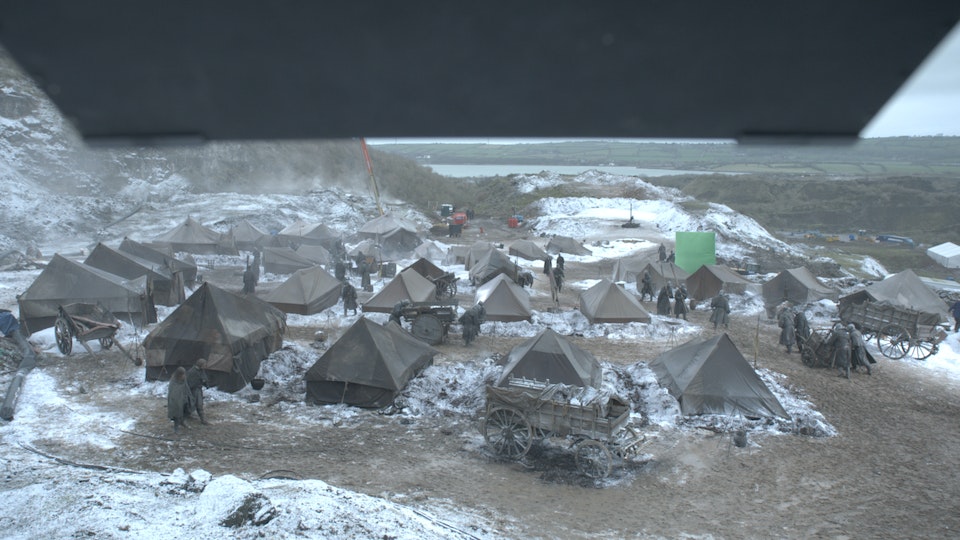 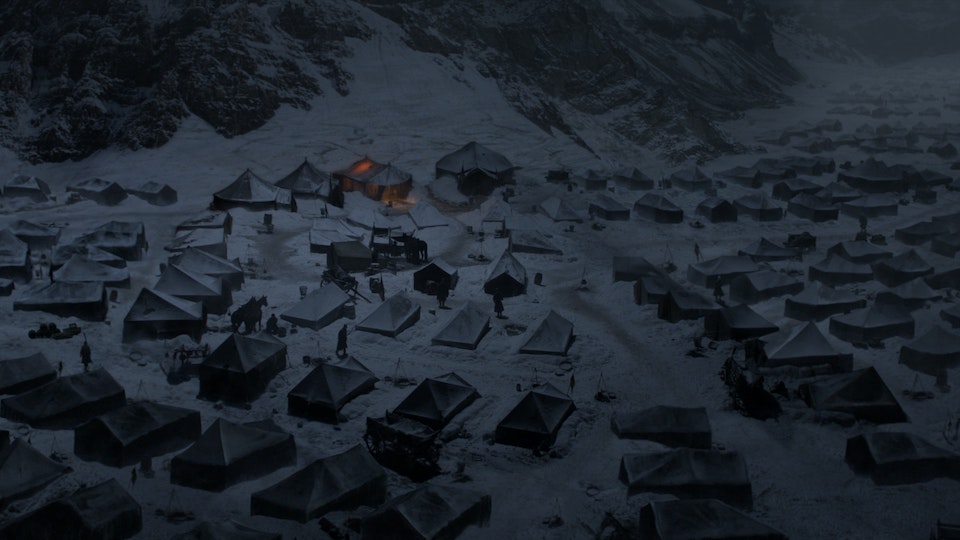 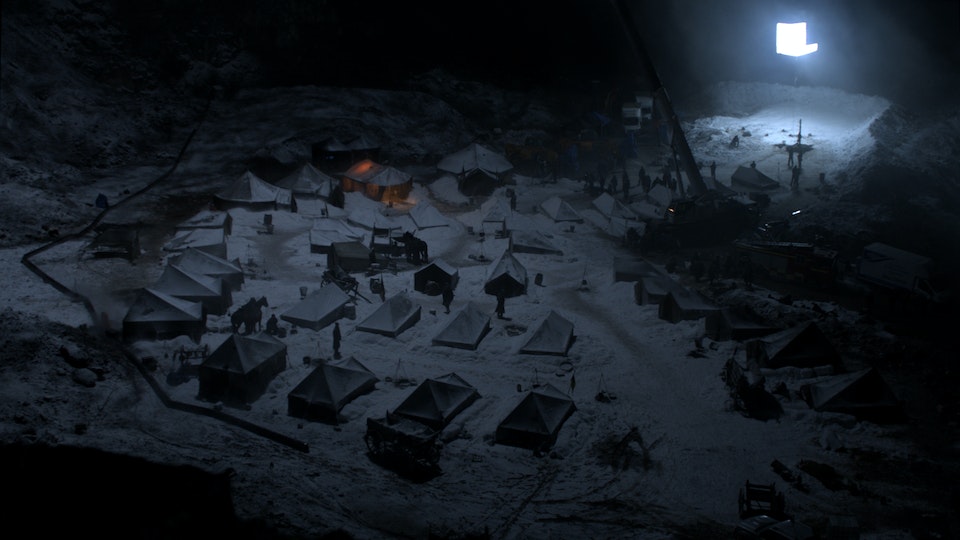 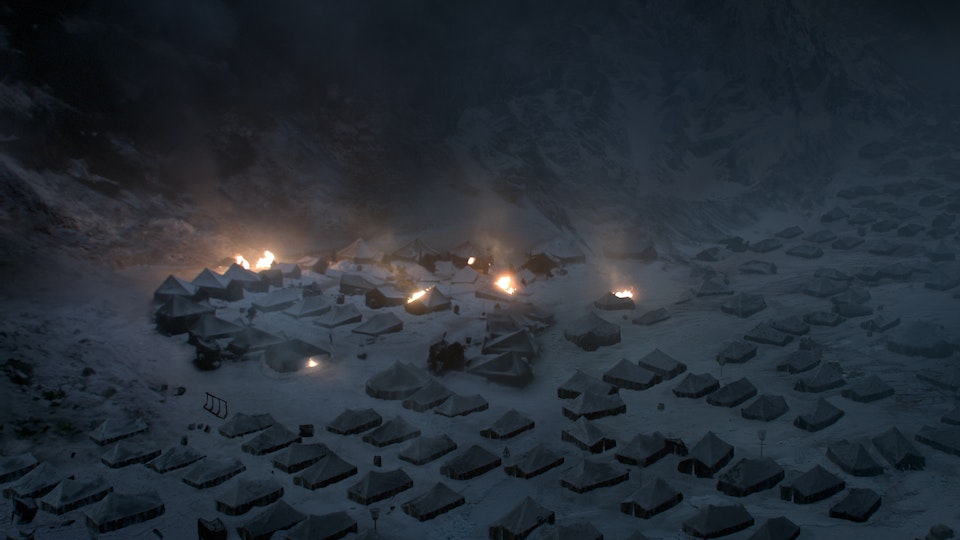 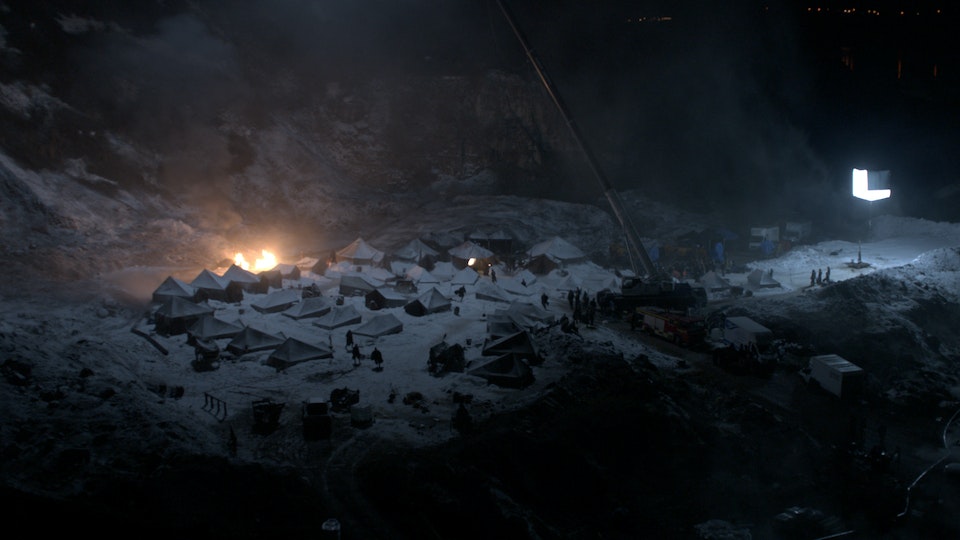 I had the pleasure of contributing several matte paintings for the 5th season of the critically acclaimed show, Game Of Thrones. I worked with my team at Skyward and the team at Atomic Fiction to realize the epic army camp of King Stannis Baratheon as he arrives at The Wall. We laid out endless tents in 3d, rendered them as a base, matte painted on top of the renders, and composited the background set extensions while adding digital doubles, camp fires, smoke and atmosphere. Above are a couple of the shots we did for the 3 episodes we were involved in. As a fan of the show, it was a blast being able execute some matte paintings to the infinite GOT universe.